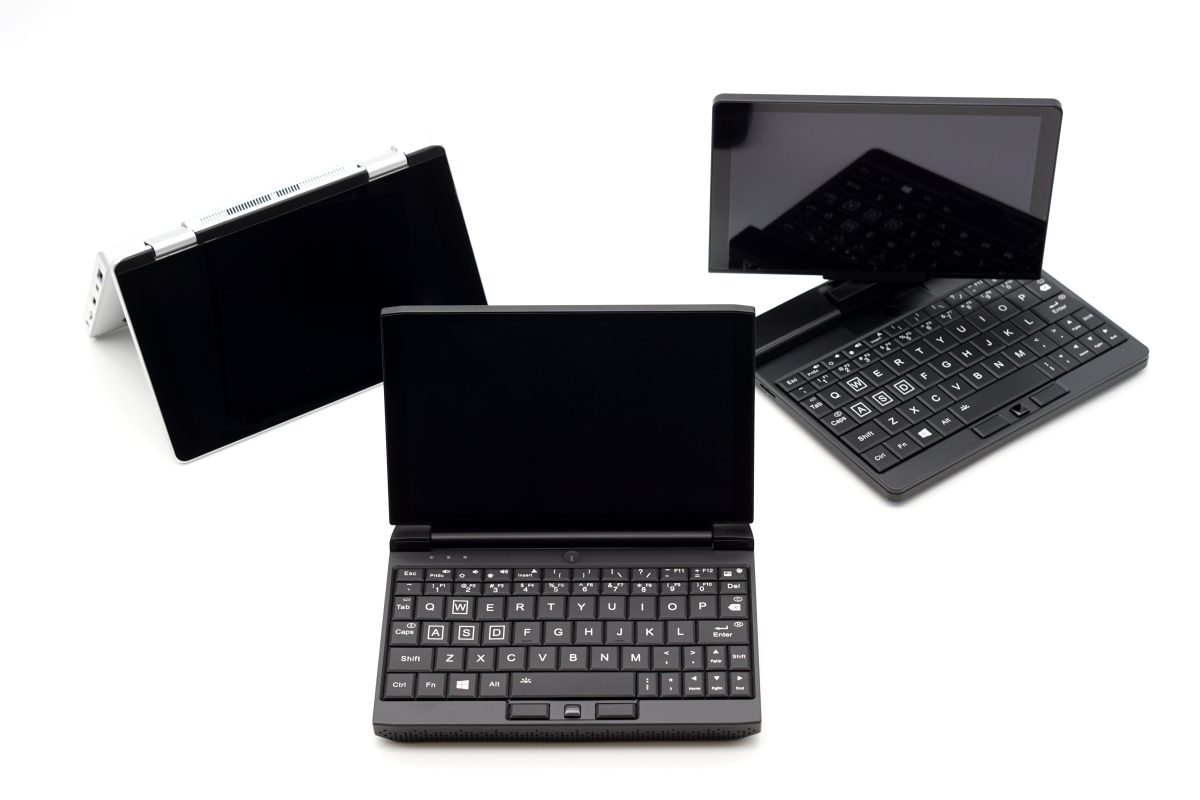 "An ultra-mobile PC (ultra-mobile personal computer or UMPC) is a miniature version of a pen computer, a class of laptop whose specifications were launched by Microsoft and Intel in spring 2006." (c) Wikipedia. That was the dawn of the first UMPC epoch. This epoch did not last too long, because in the early 2010s major UMPC manufacturers ended its product lines. Few years later new manufacturers emerged and recreated UMPC market. The major one was the Chinese company GPD. GPD started the second UMPC epoch by releasing gaming handheld GPD Win in 2016 and the general purpose device GPD Pocket in 2017. Since then a whole bunch of UMPC devices were released. In this article we will compare performance of various UMPC devices from the second epoch: including the very first GPD Win and the most powerful UMPC up do the date – One-Netbook OneGx1 Pro. 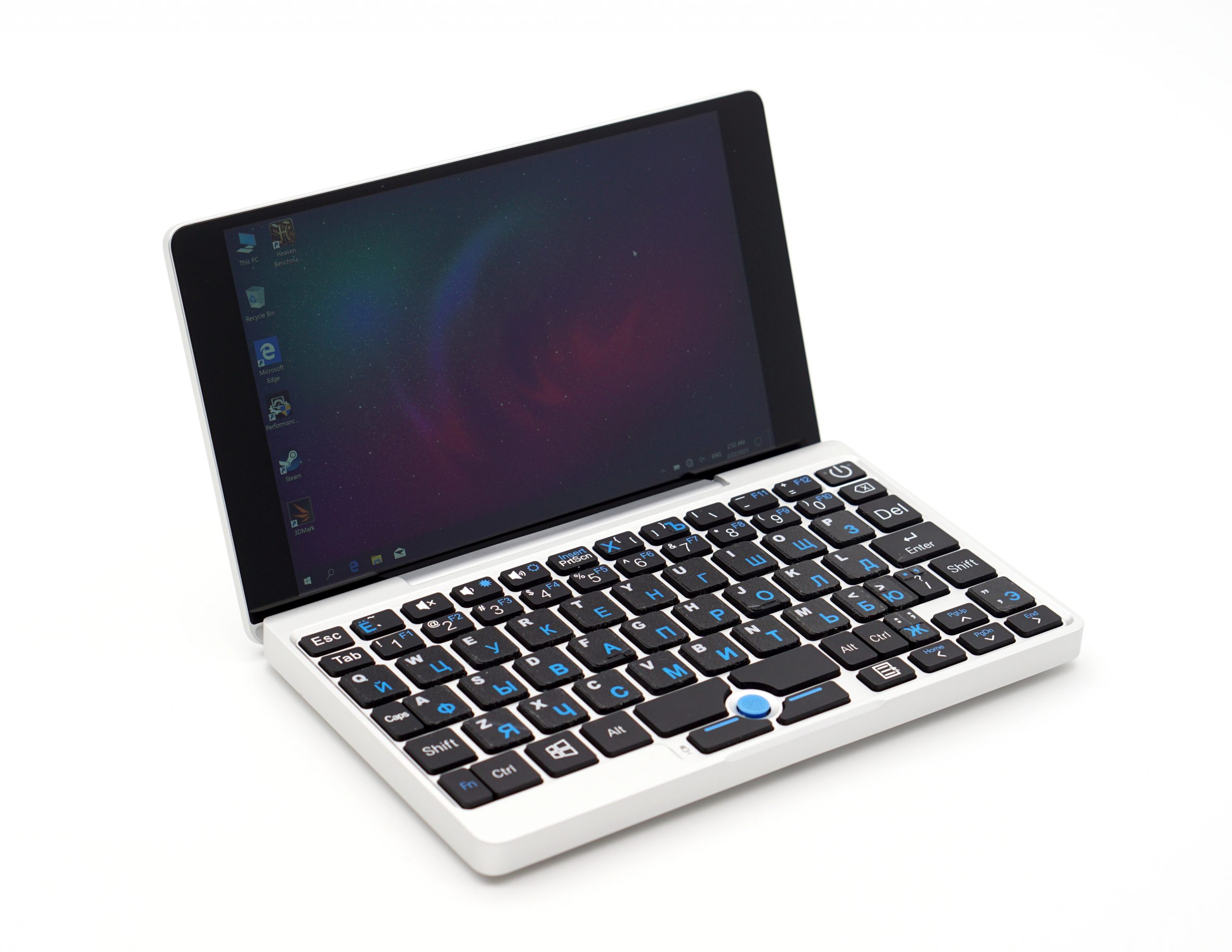 Disclaimer. This article is not a comprehensive performance analysis of the 2-nd era UMPCs. All the test items are taken from my collection. Therefore the number of test items is quite limited. In case I add any new corresponding items to my collection, this benchmark survey might be extended as well.

The following programs were used to test 3D performance: 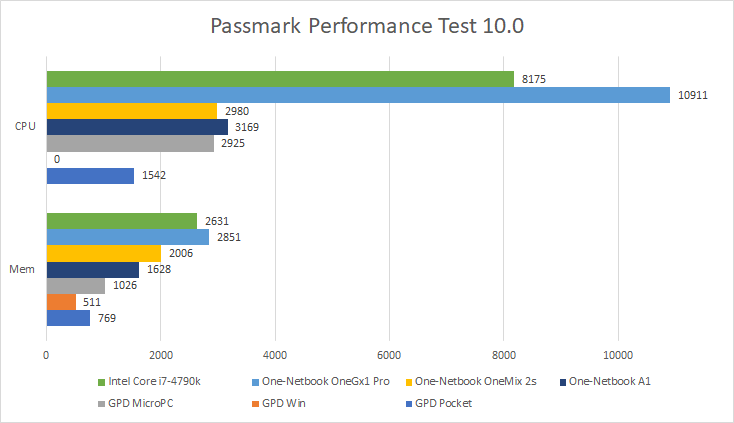 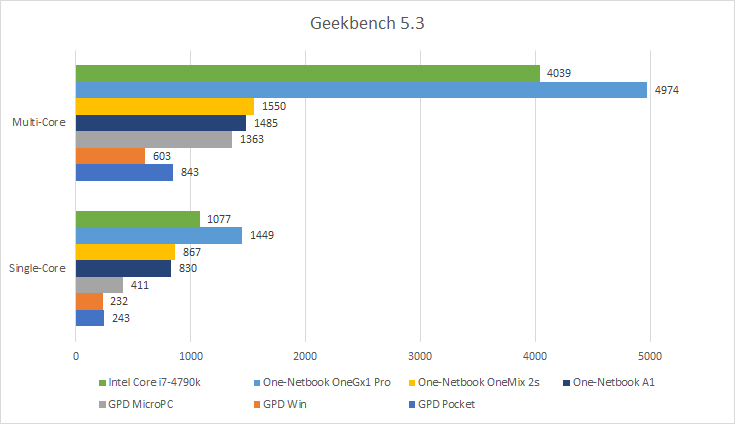 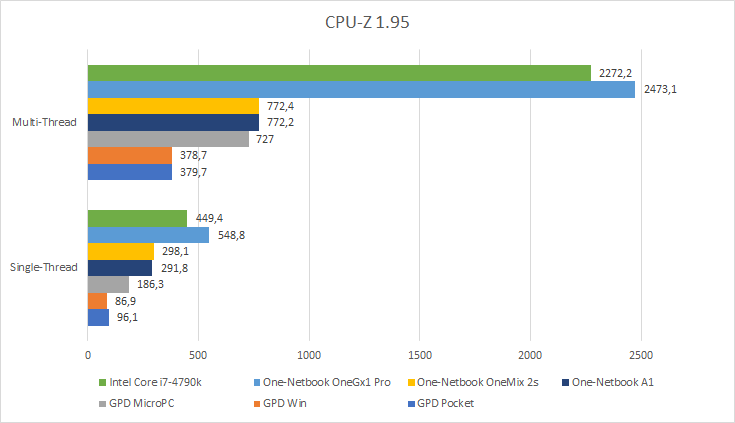 The 11th generation Intel Core mobile processors (codename Tiger Lake) is a substantial breakthrough. It’s hard to believe that Core i7-1160G7 is faster than the high-end desktop processor Core i7-4790k, which was discontinued in 2017. 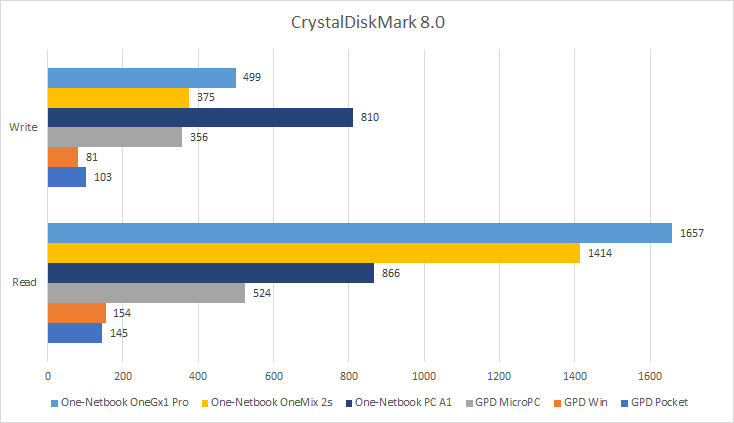 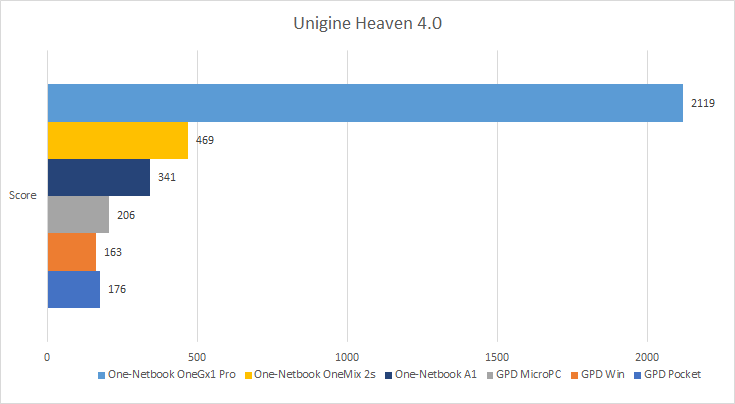 Since GPD Win performance of UMPCs has increased in many times in every single aspect.
Tigre Lake architecture is an outstanding breakthrough in both CPU and GPU performance.