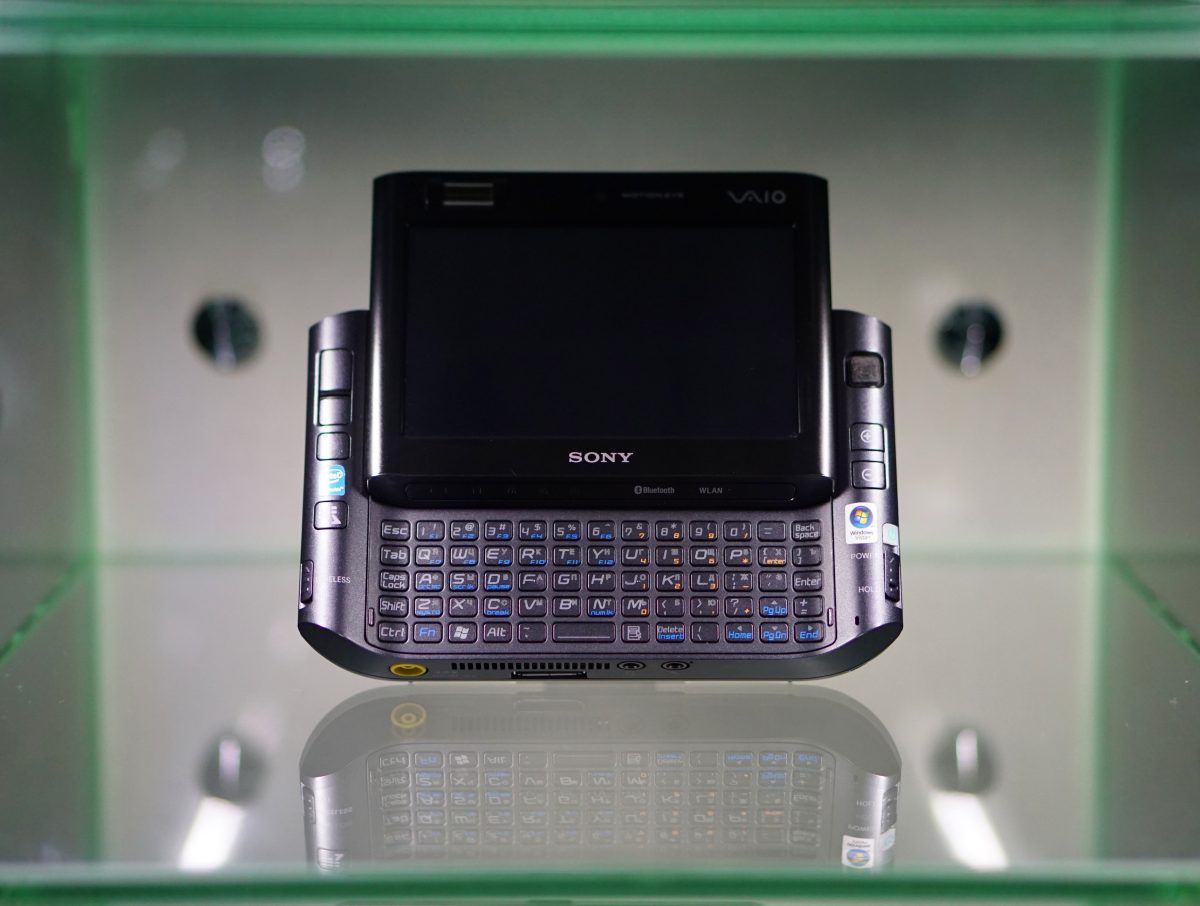 This article is not a comprehensive performance analysis of Sony UX1XRN. The goal is to find a comparable PC configuration for gaming. And we will mostly compare performances of CPUs and GPUs.

The following programs were used to test CPU and Memory performance:

The following programs were used to test Direct3D performance:

The following programs were used to test OpenGL performance:

This device has been tested with two versions of CPU:

Default GPU clock rate in UX1XRN is lower than it’s "true" value (400 Mhz, according to the specifications). In order to achieve maximum 3D performance I used GMABooser version 2.1. Technically I would not call this overclocking, because we don’t exceed the clock rate and voltage values from the chip specifications.

Thus all 3D benchmarks on UX1XRN were performed twice: with default GPU clock rate and with GPU clocked at 400Mhz. 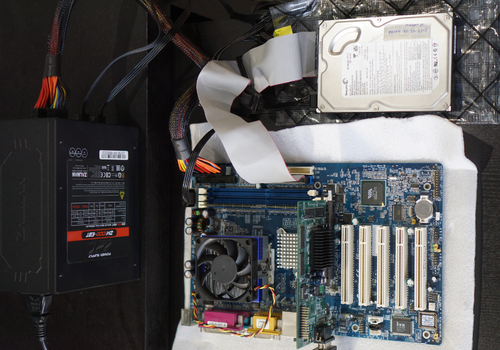 In order to find a comparable discrete PC video card I used seven cards based on
Nvidia chips: 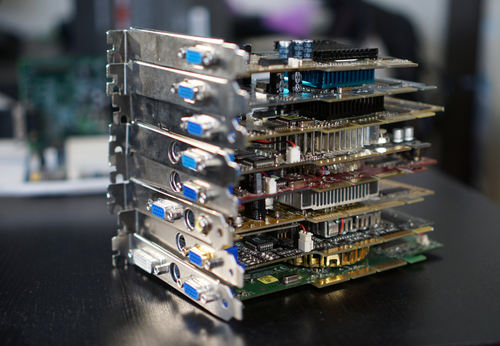 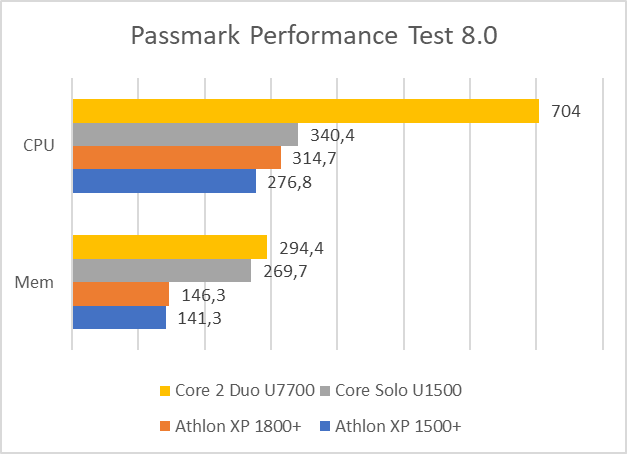 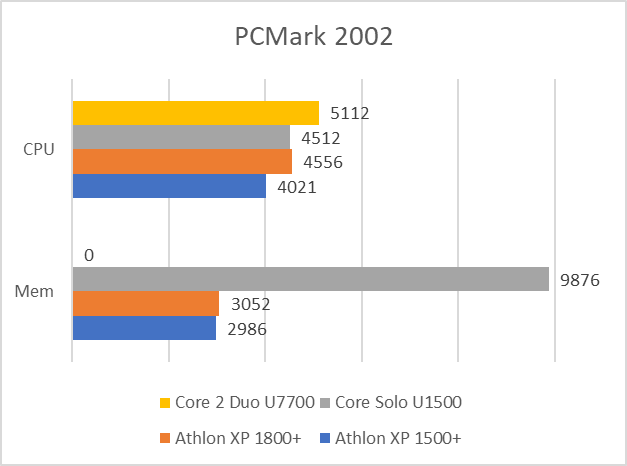 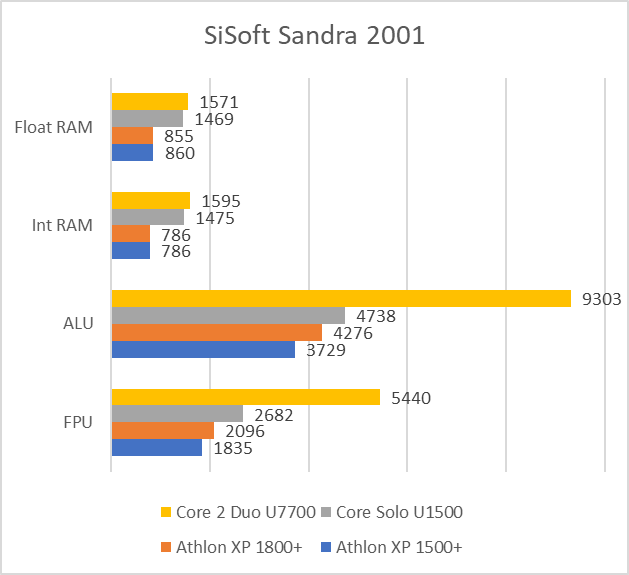 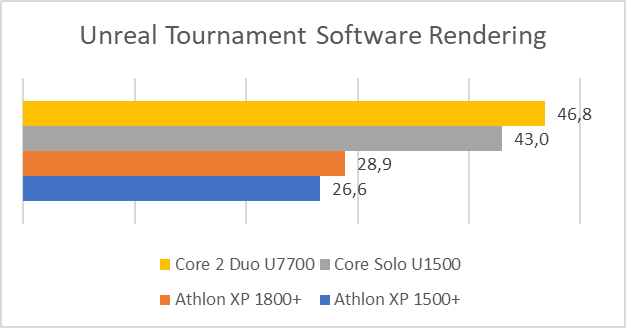 AMD K7 architecture was a substantial breakthrough, which provided higher performance per Mhz than we had with Intel’s Pentium processors. Taking that fact into account, I was doubt, whether a mobile processor Core Solo U1500 is able to compete with AMD K7 at the same clock rate. As we can see now, U1500 has actually much higher performance per Mhz. In all test scenarios except one (PCMark CPU test) U1500 (which is clocked at 1,33Ghz) scores even higher than 1,54Ghz AMD K7. PCMark CPU test results are practically equal.

There is also significant difference in memory performance. Memory in UX (DDR2 400Mhz) is approximately two times faster than DDR 333.

U1500 shows outstanding results in the UT software rendering. I supposed that the drastic difference is caused by RAM. So I replaced DDR 333 with DDR 400 (NCPD6AUDR-50M26) in the PC setup and ran benchmark one more time. The result with DDR 400 was even more frustrating: 28,6 fps.

Core2 Duo U7700 is actually 2 times faster than U1500 when the test program utilizes both cores.

PCMark has failed to run the tests on Core2 Duo U7700 (the program crashes all the time).

Since Athlon 1500+ is significantly slower than Core Solo U1500, I decided to use the Athlon 1800+ in all 3D performance benchmarks. 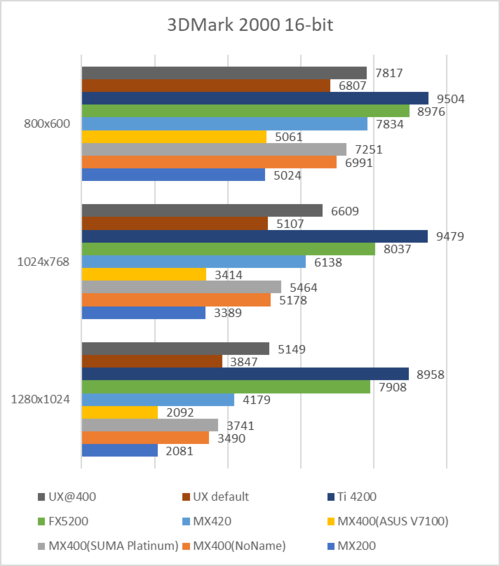 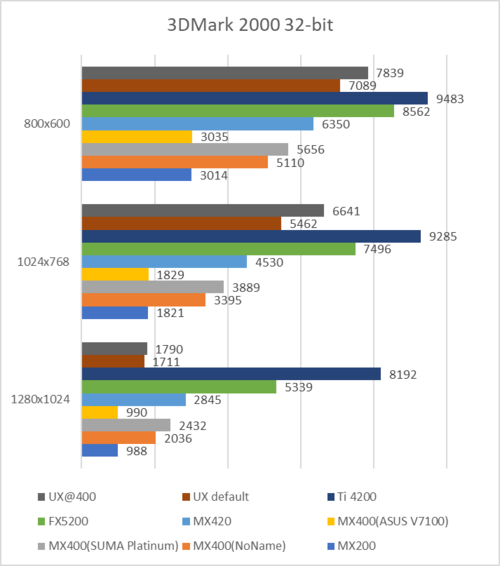 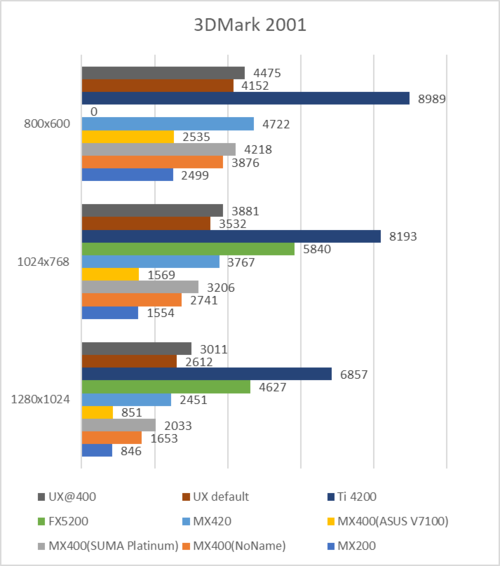 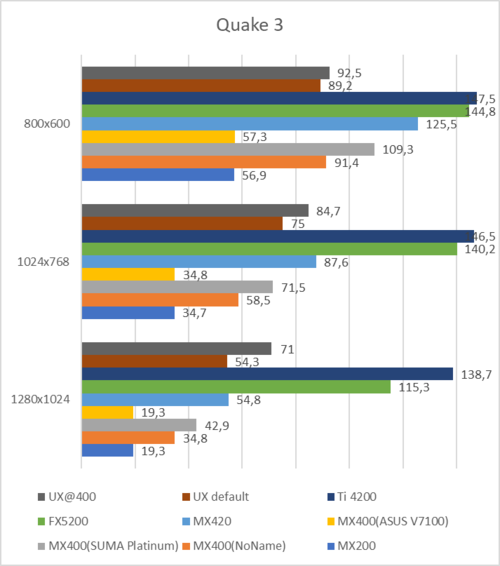 According to the results, GMA performance is somewhere in between the fastest version of MX400 (SUMA Platinum) and the MX420. 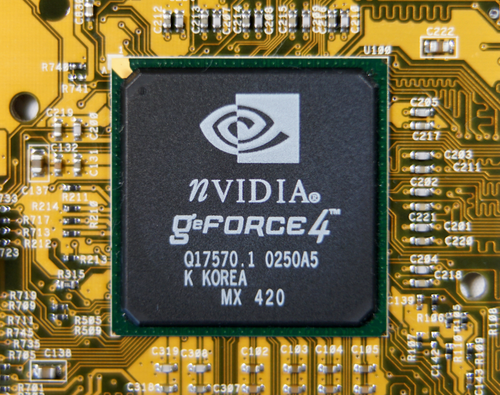 I was curious what’s the actual power consumption of the devices. UX1XRN consumes significantly more power than I expected.

Sony UX works fine with dual-core 10W CPU. The CPU replacement increases the consumption of the device by only a quarter.

Athlon XP 1800+ with GeForce2 MX400 is quite close to Sony UX1XRN in terms of CPU and 3D performance. Boosting GMA 950 up to 400Mhz makes it a bit faster. In this case the GPU runs approximately as good as GeForce4 MX420.