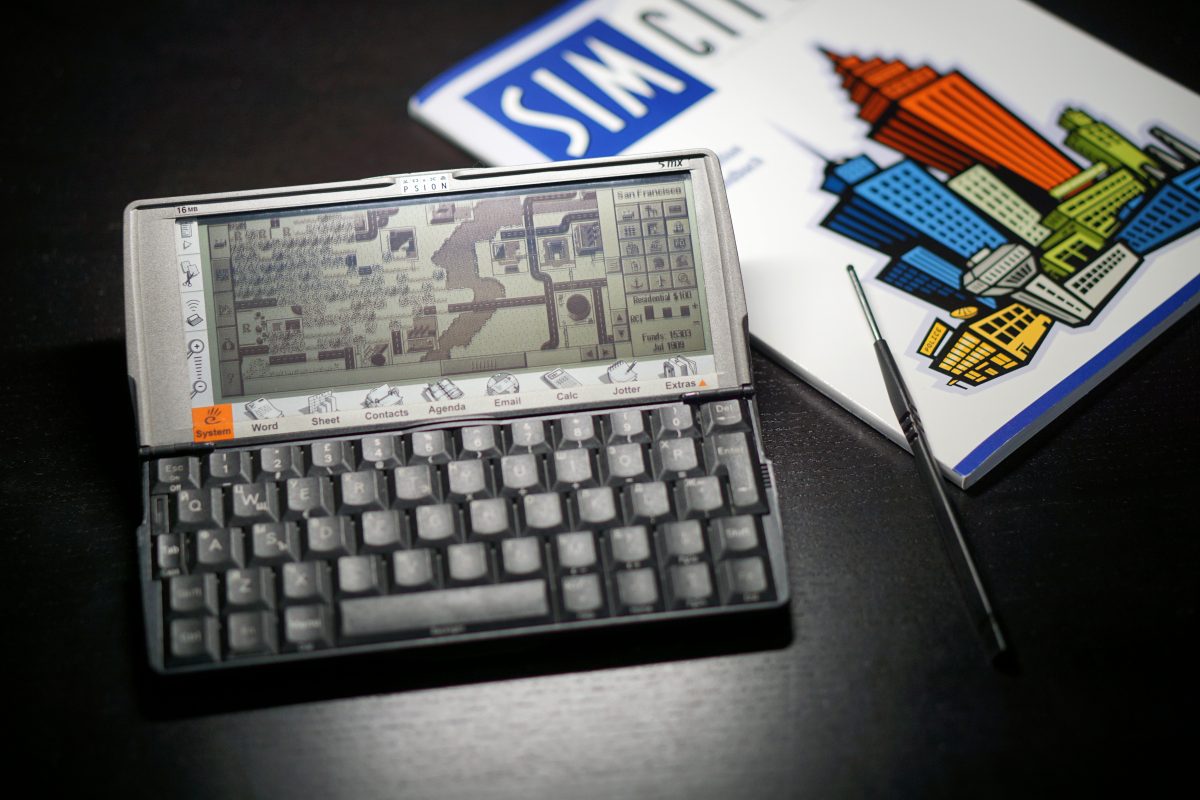 Classic city-building computer game SimCity was also released for EPOC32 operating system. I recently opened a new box and tried to run it the game a Psion 5MX. 20+ year old floppy was successfully read by Libretto 70CT floppy drive. The game runs flawlessly. And the save files are compatible with the DOS version of the game. 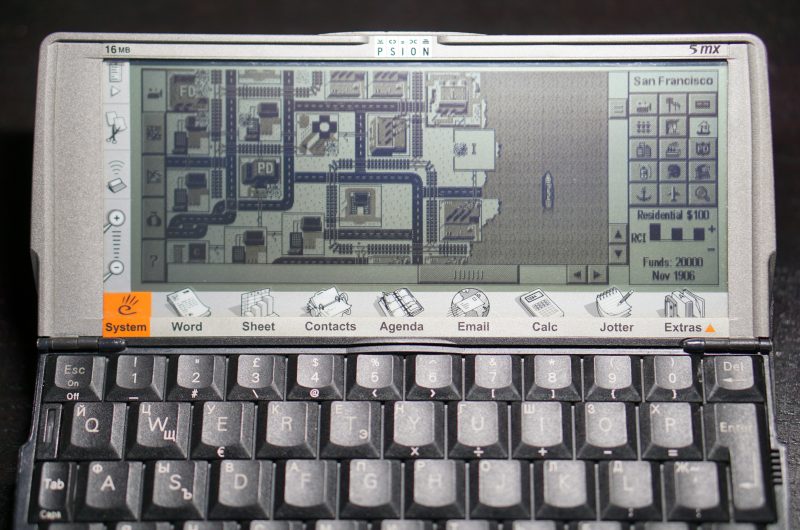 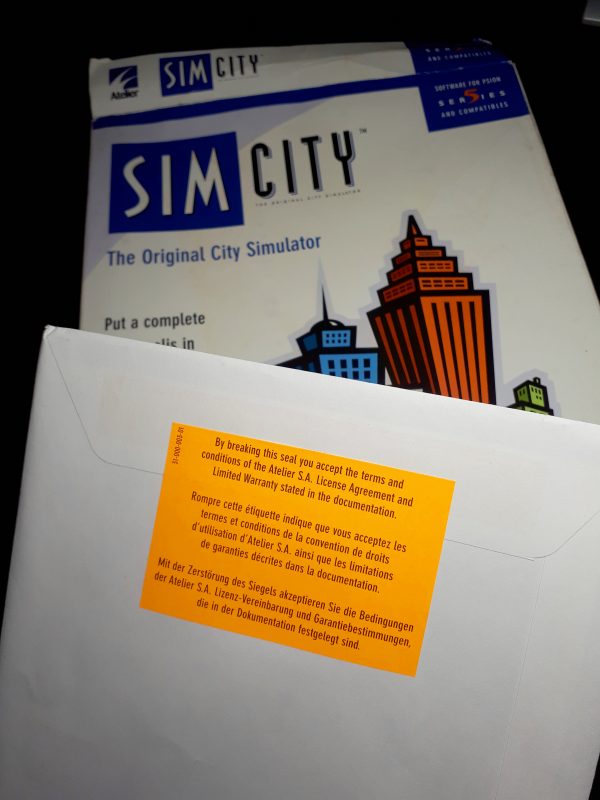 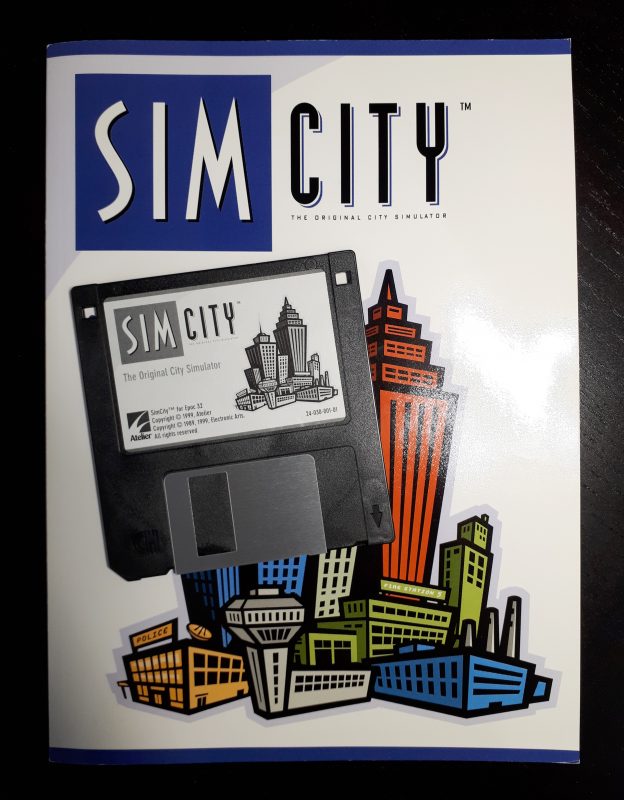 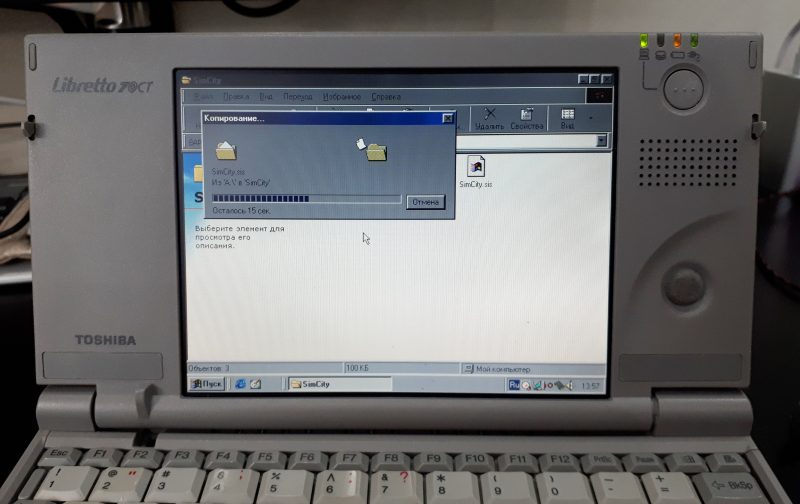